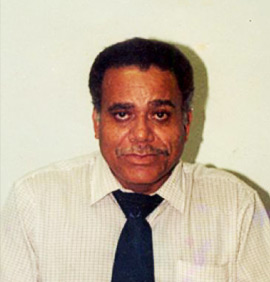 At St. Augustine’s, Oscar’s athletic abilities stood out. He led St. Augustine’s College to being recognized as a “Sports Powerhouse”, as highlighted in an 2012 article written by Alpheus “Hawk” Finlayson.

Oscar became the first person from St. Augustine’s to win international track and field medals for the Bahamas when he won two medals at the 1957 British West Indies Games. Oscar was also the most versatile track athlete ever produced by the Bahamas. In 2011, Oscar took pride when Mr. Frederick Sturrup wrote in The Nassau Guardian that Oscar Francis was the “Dean of Versatility Running” in the Bahamas. Oscar excelled in sprints, middle distance, and long distance running.

Oscar was academically bright and excelled in history, geography, and English. He also helped to build St. Augustine’s Monastery, and he served as President of the Catholic Action Group.

He served on St. Joseph’s Catholic Church Parish Council, St. Joseph’s Men’s Group Executive Team, and as a member of the Knights of Columbus. He also served as President of the Oakes Field Association.

Oscar was honored by the Bahamas Association of Athletic Associations, the College of the Bahamas, and Marathon Bahamas. The Palm Beach Atlantic University Bahamas Annual Sports Scholarship was started in honor of Oscar Francis and other members of the first international track medal relay team.

Oscar passed away on January 16, 2012 at 76 years old. He is survived by Marilyn Smith-Francis (wife), Oscar Jr. and Dr. Brendan Francis (sons), and Bridgette and Loretta Francis (daughters).