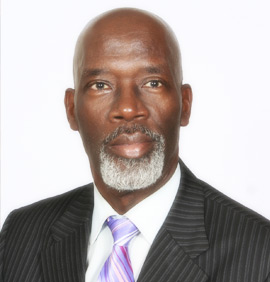 He began his Insurance career with Imperial Life Assurance after stints as a statistician at the Government’s then recently formed Department of Statistics in 1970, and Thorne Riddell accounting firm and IBM and Burroughs in Nassau.

Finlayson first qualified for the industry’s prestigious Million Dollar Round Table in 1982. He subsequently qualified five consecutive times, making him at Life Member.

A noted “Tried and Trusted” professional he served at one time Vice President of the Life Underwriters Association of The Bahamas.

It was during Finlayson’s administration of the Bahamas Amateur Athletic Association in 1992 that the first Bahamian Olympic medal in Track & Field was won, and in 1995 and 1997 the first three World Championship medals were won.

Finlayson, affectionately nicknamed “Hawk” made history when he became the first Bahamian elected to the 27 member Council of the IAAF, the World governing body of Track & Field.
He also bears the distinction of being the only Bahamian to attend every IAAF World Championships, from Helsinki in 1983 to London in 2017.

He is a Director of Marathon Bahamas and of the Bahamas Athletic Foundation.
Alpheus was also inducted into the National Sports Hall of Fame.

He has authored weekly columns on “Track World” from 1980 to 1986 in the Tribune, produced a Television show on ZNS called “Track World with Alpheus Finlayson” as well as writing international newsletters with the same name.

Since February of 2013 he has hosted the weekly radio show “Track World with Alpheus Finlayson” on Guardian Radio 96.9 FM.

The “Valley Boy” attended Eastern Junior and Senior School and graduated from St. Augustine’s College in 1966.At “The Big Red Machine” he was a co- editor with Kin Wah Ng of the “Beacon”.