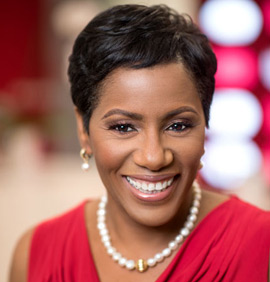 Dr. Kim Scriven, Alumni Achievement Award in Medicine
Dr. Kim Scriven is Head of Audiology and Operations at the hearLIFE Clinic Nassau. It is the only medical facility in The Bahamas to receive the ISO 9001:2008 certification, which signifies that it is operating according to the world’s most recognised standards for quality management. Her goal was to ensure the local office was provided access to cutting edge technology which was safe and affordable with world renowned surgeons and highly trained staff. In addition to her position in the hearLIFE Clinic, Dr. Scriven operates a private practice offering all aspects of audiological and hearing management services to individuals of all ages with all types of hearing disorders.

Dr. Scriven holds a Doctor of Audiology from the University of Florida, USA. She has more than 20 years of experience in the field of clinical audiology and in dispensing hearing aids. She also served as a clinical audiologist at the District of Columbia General Hospital in Washington, DC.
Dr. Scriven established the government audiological services at the South Beach Clinic under the Department of Public Health. She also conducted annual hearing screenings for private schools and hearing conservation programs for corporations and industries throughout the Bahamas. During her career, she has conducted communication development and disorder evaluations and provided therapy for adults and pediatric populations. In 2006, Dr. Scriven initiated a program to provide free hearing aids and maintenance to the less fortunate children in the country.

Dr Kim Scriven led a team of local and international experts who worked together to conduct the first successful cochlear implant in The Bahamas. The surgery was performed at Doctor’s Hospital on July 4, 2015, through a collaborative effort with world-renowned surgeon Dr Brian McKinnon. Scriven was the coordinator carrying out intraoperative testing of the implant, and both were assisted by Drs Robert Ramsingh and Walter Gibson (ENT), Dr Sy Pierre (anesthesiologist) and Ranjeeta Ambett (ENT specialist).

The fortunate patient was Wesley Paul, who was born with normal hearing but at the age of 31, suddenly lost his hearing. Paul learned about Dr Scriven’s hearLife Clinic and paid a visit with high hopes of returning to some sense of normalcy. Some eight months later, thanks to the generosity of the clinic, Doctors Hospital and contributing surgeons and physicians, this young man became the first person in The Bahamas to receive a cochlear implant.

By partnering with one of the world’s leading manufacturers of implants, Med-El Electronics, she was able to bring world class treatment for specific types of hearing loss and offer the best possible solutions to individuals affected by hearing loss. Med-El Electronics, headquartered in Innsbruck, Austria, is a cutting edge, technologically superior company which manufactures implants that can be found in more than 100 countries around the world.

Dr. Scriven holds the ASHA Certificate of Clinical Competence which represents a level of excellence in the field of Audiology (CCC-A) and is a member of several scientific and professional associations, including the American Academy of Audiology, the Health Professional Council as well as the Bahamas Speech Hearing and Language Association. In November 2013, Dr. Scriven received the Paul Harris Fellow Award from the Rotary Club of East Nassau.